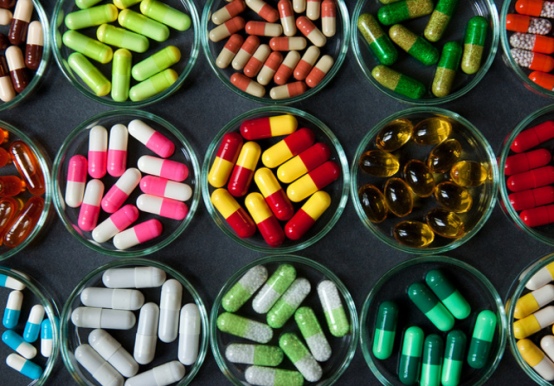 “Given their lack of benefit, I estimate we could stop almost all psychotropic drugs without causing harm – by dropping all antidepressants, ADHD drugs and dementia drugs … and using only a fraction of the antipsychotics and benzodiazepines we currently use. This would lead to healthier and more long-lived populations.”Professor Peter Gøtzsche – Research director at Denmark’s Nordic Cochrane Centre

According to Peter Gøtzsche, a leading Danish scientist, the psychiatric drugs of the west are responsible for the deaths of over half a million people every year over the age of 65. The benefits of these drugs are widely overstated and most patients will only receive minimal benefits mainly in the beginning of usage. Gøtzsche says psychotropic drugs are “immensely harmful” if used for extended periods of time. “They should almost exclusively be used in acute situations and always with a firm plan for tapering off, which can be difficult for many patients”

Gøtzsche’s research was recently published in the British Medical Journal and is bound to receive some controversy, but his findings are not entirely new concerns. Doctors and Scientists worldwide have shared similar discoveries through research and patient observation. Awareness is spreading to people who struggle with these psychiatric conditions who are seeking alternative routes of healing or maintenance.

The reason these stated “miracle drugs” are evaluated by some researchers as offering more benefits than Gøtzsche believes is due to improper research. Almost all current research conducted is biased because they included patients already taking another psychiatric drug as well as multiple other types of drugs. These patients chosen for research are told to stop taking their medication. The people in the placebo group are then put in a withdrawal state. The effect of the drug is often exaggerated and increases the harm in the placebo group which has driven patients taking the placebo to suicide in trials in schizophrenia.

Stated in Gøtzsche’s research – “Under-reporting of deaths in industry funded trials is another major flaw. Based on some of the randomized trials that were included in a meta-analysis of 100,000 patients by the US Food and Drug Administration, I have estimated that there are likely to have been 15 times more suicides among people taking antidepressants than reported by the FDA—for example, there were 14 suicides in 9,956 patients in trials with fluoxetine and paroxetine, whereas the FDA had only five suicides in 52,960 patients, partly because the FDA only included events up to 24 hours after patients stopped taking the drug.”

A cohort study including Gøtzsche, with patients of average age 55, found that benzodiazepines and similar drugs doubled the death rate. Another cohort study of patients older than 65, where they were their own control group, discovered the all-cause mortality was 3.6% higher when patients were taking the newer antidepressants for one year versus when they did not take any antidepressants. The benefits of drugs for ADHD are uncertain, but the short term relief seems to be replaced by long term harms, and animal studies strongly suggest that these drugs can produce brain damage, which is probably the case for all psychotropic drugs.

For most people currently taking psychotropic drugs it can be quite overwhelming, even frightening, to imagine living without these drugs. Gøtzsche’s solution – “We need new guidelines to reflect this. We also need widespread withdrawal clinics because many patients have become dependent on psychiatric drugs, including antidepressants and need help so that they can stop taking them slowly and safely.”

Being Healthy Doesn't Have To Be So Hard!